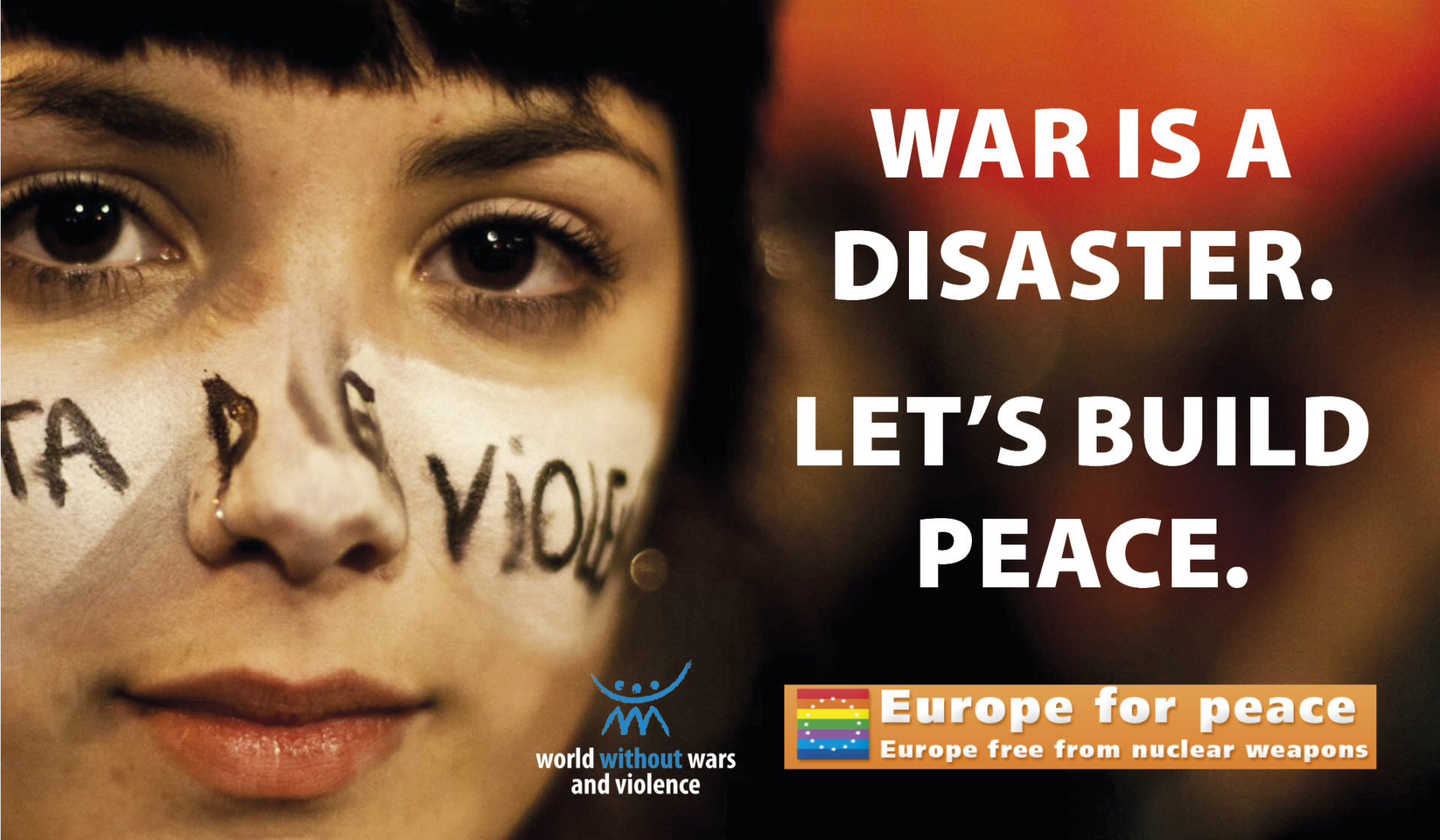 Truly saving the Ukrainian population from disaster means laying down arms. For this reason we condemn the recklessness of all those institutions that are fanning the flames of the conflict by sending weapons to Ukraine: European governments, the United Kingdom, the United States government, the European Union…

We appeal to the European Union to strengthen peace, an aim written into the Treaty of Rome, and to be a neutral party in this conflict. We exhort it to use diplomatic mediation and talks, heeding the demands and concerns of both sides in order to reach an agreement that might put an end to hostilities.

The threat of nuclear war is looming over all of us. It could even be triggered by accident. For this reason we entreat all governments to immediately sign the Treaty on the Prohibition of Nuclear Weapons, which came into force on the 22nd of January 2021.

Nuclear weapons must be decommissioned now; before it is too late.

We will use all non-violent forms of protest to reach this goal.