Thousands protested in Prague against planned US base 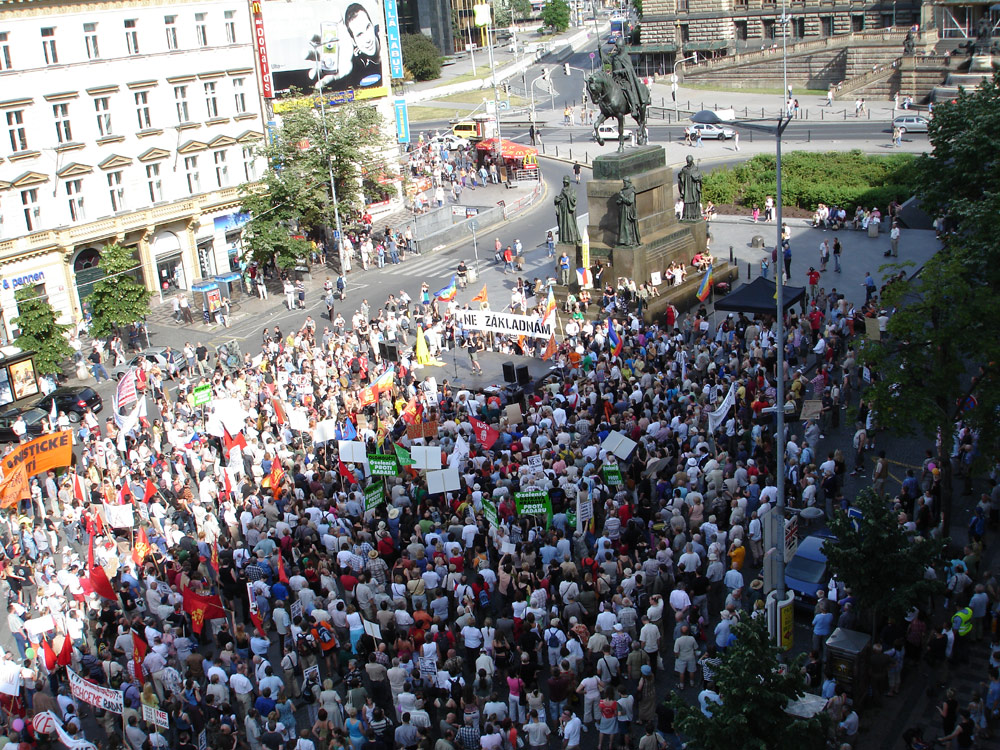 Several thousand protesters gathered in Prague today during demonstration against planned US radar base in the Czech Republic. Protesters traveled from across the country and included people of all ages, backgrounds and political affiliations. The demonstration was organized by the “No to the Bases” initiative, which formed in July 2006 and actively opposes the US administration plan to build National Missile Defense (NMD) base in the Czech Republic.

“We are fighting a David and Goliath battle” declared Jan Tamas spokesperson for the initiative, after denouncing the government’s decision not to call a nationwide referendum on hosting the US base. “After a year we can see that the government ignores public opinion and all arguments against the base. “We must call for their dismissal,” Tamas said, prompting chants of “dismiss, dismiss,” from the crowd. “Our demonstrations are bigger and bigger every time and ever more important people from the cultural, environmental and political areas are participating,” “but we are not going to stop now, we will come again in less than two weeks during the visit of President Bush on June 4th.”.

After the speeches the demonstration continued with the protest march to Prague’s castle – the seat of the President. During the march protesters were calling for national referendum, rejected the base and called for the resignation of the government.

The initiative currently unites 50 Czech and international organizations opposing the US plan to establish a new military base in the Czech Republic. It was formed in July 2006 and calls for a national referendum on this issue.

Previous Post
Noam Chomsky. The installation of a missile defense system in Eastern Europe is, virtually, a declaration of war
Next Post
Mikhail Gorbachev signs the Europe for Peace Declaration