NATO’s responsibility for the war in Ukraine: Clinton’s weak defence 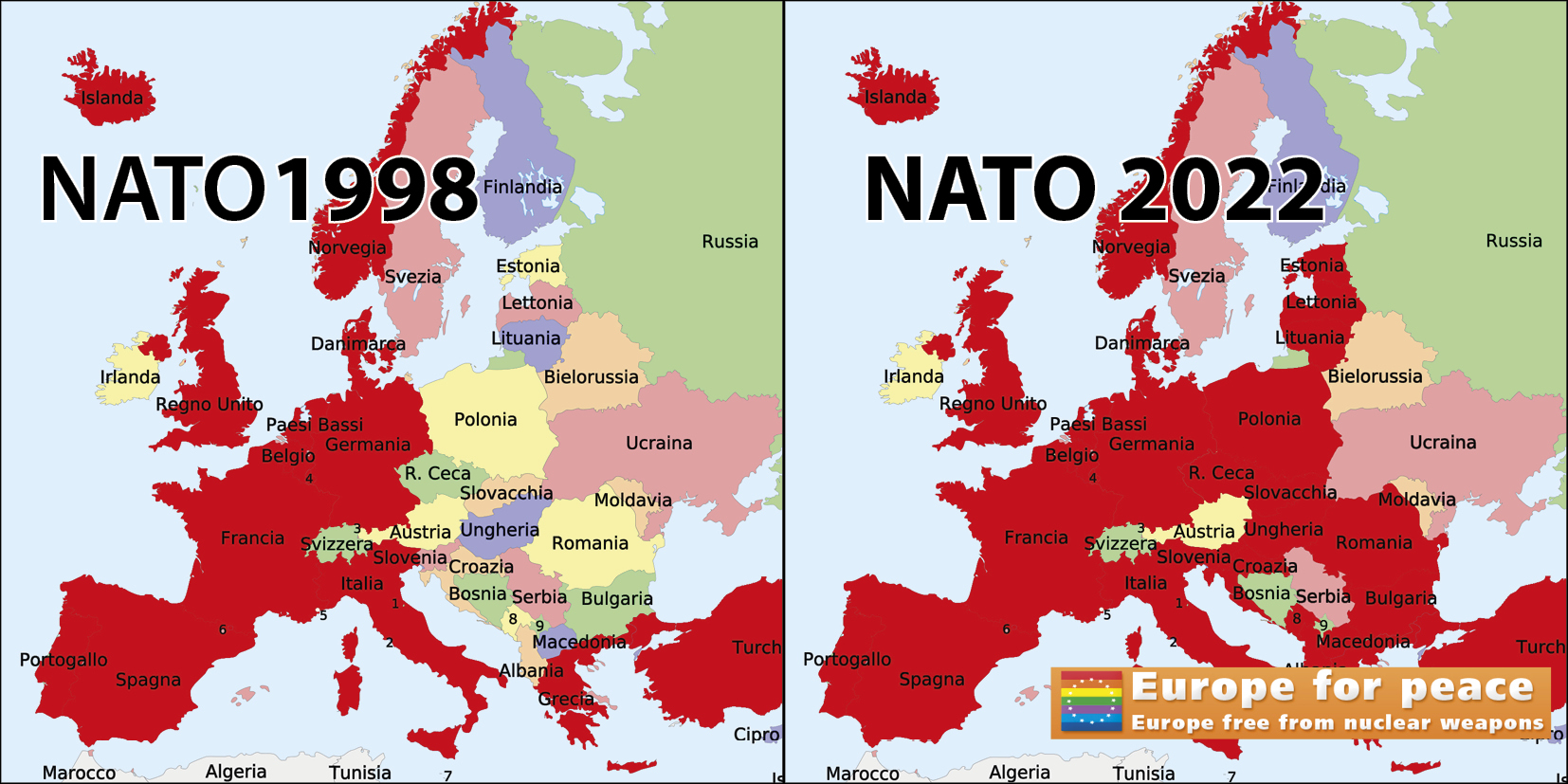 In an interview broadcast on CNN on Sunday 18 September, former President Clinton defended himself against frequent accusations that the Ukrainian crisis was the responsibility of NATO’s expansion into Eastern Europe. It was under Clinton’s presidency that the Czech Republic, Hungary and Poland joined the military alliance in 1999, beginning the process that led to the expansion of NATO membership from 16 (1998) to 30 (2021).

“President Putin has made no secret of the fact that he thinks the dissolution of the Soviet Union was a great tragedy in world history,” Clinton said. The former president’s defence was thus based on familiar arguments. On the one hand, the suspicion that Putin had expansionist aims and would sooner or later recreate the Soviet empire, a claim that can also be made about the United States and its desire for global hegemony. On the other hand, in the rhetoric of exporting democracy, thanks to which the United States would have brought prosperity to these countries. This prosperity is certainly not a consequence of NATO membership, but the result of other factors. In the same years, in fact, Russia has had steady per capita GDP growth without joining any alliance!

But beyond these details, it is interesting to note that in the interview, journalist Fareed Zakaria did not ask the fundamental questions: 1/ Why has the United States, and therefore its president, not kept the promises made to Gorbachev not to expand NATO to the East? 2/ If China were to establish a military alliance with most South American countries and then want to extend it to Mexico, including by installing military bases with nuclear weapons, what would be the reaction of the United States? Two simple questions to which all NATO supporters do not have a logical and sensible response.

We know that a person’s true intentions are not shown in words and speeches, but in deeds, in the concrete actions that are taken. The same is true of states and governments, which are otherwise made up of people. Clinton’s defence was so weak because, in fact, there was no mistake to justify. A mistake is when in the execution of a plan some things are done wrong. The US has always had a plan to create a world empire and after the obstacle to its realisation was, for them, the Soviet Union. Once the Warsaw Pact was dissolved in Prague in 1991, the US consistently followed its plan: not to dissolve the Atlantic Pact, which, having started as a defence pact, no longer had a raison d’être, but, on the contrary, to extend the alliance to the borders with Russia. This is not a mistake, but a coherent strategic move.

And so, we come to the present day, where, despite the fact that the world has become multipolar, Washington’s policy continues along the same path, bringing unnecessary suffering and pain to the entire world’s population. By this we do not mean that the United States is the only evil empire in a just and peaceful world, but only that it is willing to do anything not to give up its dream of controlling the entire planet. They are the quintessential representatives of a domination mentality that has spread across the globe and that, as it is heading into its twilight years, is screaming like a badly wounded wild animal.

Biden’s latest statements must be interpreted to warn Putin that, should he use atomic weapons, the US response would have consequences. The message is clear, it is a threat: we are prepared to use even nuclear weapons to win this war.

As Europe for Peace, we can only repeat what has already been said: the people, that 99% of people who are for peace and against war, must make their voice heard. In Europe, after the total support of governments for the war by sending arms to Ukraine and after the relative consent of the populations bombarded by the pounding pro-war propaganda, things are changing. Discontent is growing, energy prices are rising, Brussels’ contradictions are becoming more and more evident and the feeling of being manipulated is increasing. Everywhere, discontent is beginning to be expressed with numerous popular initiatives, such as the one that started in England and reached Italy as well: “We don’t pay for your war”, referring to electricity and gas bills. The online newspaper Dennik N published a poll showing that 52% of Slovaks favour a Russian victory, 30% are on the Ukrainian side and 18% have no preference. The 3 September demonstration in Prague, where almost 100,000 people demanded the lifting of sanctions against Moscow, is emblematic. These are very large numbers considering that the Czech Republic is a small country without a long tradition of protests. To say that the demonstration was organised by nationalists and populists does not help to understand these phenomena; the fact is that discontent is growing and people no longer believe in the rhetoric of war.

To conclude, the superficiality of this interview, both in the questions and in the responses, shows the big gap between what is said in the media and real life, between the statements of politicians and what people actually live in their feelings and thoughts. Alongside despair and the spread of fascist ideas, a great distrust of the system and a great need for peace and truth are increasingly making their way through the population.

Previous Post
6th AUGUST 2022
Nuclear Ban, Sow Peace, Let’s build the future together
Next Post
China, a threat for some and hope for others