China, a threat for some and hope for others 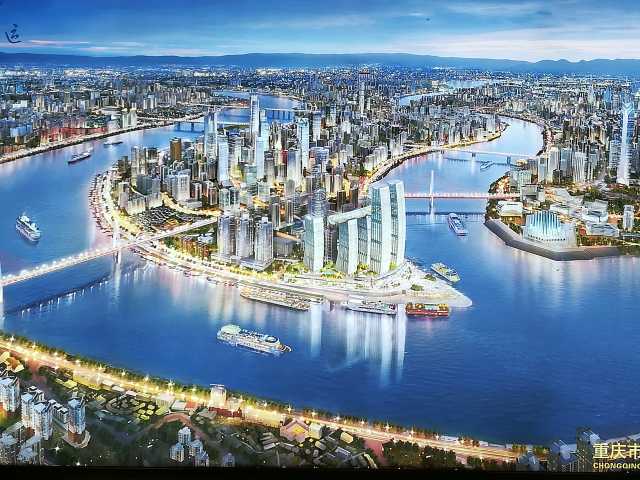 We are already accustomed to the hypocrisy of Western powers, their opinion-makers and hegemonic media when it comes to classifying countries and governments as good or bad, angels or demons, depending on whether or not they are allies in their interests. We know that it would be naive to adopt their “truths” as absolutes, but we also believe that it is unwise to be on the opposite side just out of a mere knee-jerk reaction to manipulation. Nor is it a matter of seeking neutrality or equidistance for fear of spilling out into the side trap. It is about weighing the various realities from humanist values and finding signs of some convergent direction towards a future Universal Human Nation.

In the case of China, the West has had its ups and downs in classifying it as friend or foe. During the Cold War, as a member of the communist bloc, it was part of the “axis of evil”; then, as it opened up its economy to capitalism, and above all allowed multinationals to invest in its territory, questions about its political system took a back seat and business was privileged. More recently, the meteoric growth of the Chinese economy, its insertion into international trade and its accelerated technological development began to generate resentment, especially in the US, which saw its hegemony in danger. For some, then, China began to be a possible threat to the “free world”, either because of its possible control of technology, or because of the competition of its cheaper labour with local industries, or because it had the military power to make itself respected in the Pacific area, and also because it had the financial capacity to weaken the dollar if it so desired. And so, from the Trump administration onwards, we witnessed the paradox of the champions of economic liberalism becoming protectionist, while communist China was the one calling for the maintenance of the global free market.

Of course, in the case of developing countries the view of China is very different, as it has become for many a formidable trading partner that has boosted economies not only through bilateral trade but also through capital investment. Of course, there is no shortage of local spokespersons in developing countries in US embassies who warn of the danger of China’s excessive insertion into their economies as a possible means of domination. It is precisely the United States and its indigenous allies that are now preoccupied with the sovereignty of developing countries, when for decades they have been trying to consolidate their empire by subjugating it.

China’s economic development and its insertion into international trade is nothing more than a partial recovery of proportionality in the world economy. Just as it was disproportionate that a few decades ago the US economy represented 50% of the global economy, with a population equivalent to 5%, now the proportions are changing, and it is logical that the Chinese economy today represents 20% of the world economy, something totally in keeping with its population, while the US, which today still holds 25% of the economy, continues to be a case of economic concentration. And as global development becomes more balanced, we will also see the economy of India and other densely populated countries continue to grow, and the only threat to beware of is that of ecological disaster if the predatory matrix of capitalism is not changed; but that is the responsibility of humanity as a whole. Of course, some Western powers would prefer not to alter a world order that favours them, to slow the growth of developing countries and crystallise poverty in underdeveloped ones, as a way of slowing global warming; but the real solution is sustainable development for the whole planet instead of continuing to sustain the consumerism of the few and the poverty of the many. Of course, for there to be global planning that ensures development for all without destroying the planet, it is essential to have a system of global governance, without hegemonies, with democratisation of international relations, as many nations that are currently marginalised from global decisions have been demanding; and today the only great power that agrees with this vision is precisely China.

When the Group of 77, which today has 134 members, was founded in 1964, it was hoped that the United Nations ambit would be able to work effectively for the progress of developing and underdeveloped countries; and although many important agreements were reached, the Western powers undermined support and prevented the UN from fulfilling in practice the objectives for which it was created. In this context, China’s current relevance makes it a sort of “big brother” that pushes with greater FORCE for equitable development.

In the interview with Niu Qingbao, Chinese ambassador to Chile, recently published by Pressenza (the link to which is copied at the end of this article), the proposals and initiatives that this nation has been promoting on the international stage are detailed. Proposals such as the creation of a Global Health Community, the Global Development Initiative, food security and global security, among others, along with numerous concrete actions in this direction, are indicators of China’s interest in moving towards a Community of Shared Future based on complementarity and international solidarity (a concept first formulated by Xi Jinping in March 2013). The proposal to abandon the Cold War mentality and work towards global collaboration and peace contrasts with the belligerent policies of the US and its NATO partners, and becomes even more relevant in the current context following Russia’s invasion of Ukraine.

Recently, afterwards Russian President Vladimir Putin announced a partial mobilisation of reservists, Chinese Foreign Ministry spokesman Wang Wenbin conveyed China’s call for all sides to reach a ceasefire and find solutions through dialogue. Although this call is no different from those made by other countries in favour of a peaceful solution, it takes on greater relevance due to China’s geopolitical and military weight, and is a call for sanity in the face of the warmongering madness that both Russia and NATO have been escalating, the latter being largely responsible for the start of the war, because beyond the fact that it was Russia that invaded Ukraine, it was precisely for having maintained and expanded this military alliance that arose during the Cold War that Russia felt threatened.

Five years ago, in the book “Crossroads and the Future of the Human Being, the steps towards the Universal Human Nation”, we raised the need for cooperation between all nations to be able to articulate global policies in the direction of a world without violence, without wars, with equitable and sustainable development, respecting the diversity of races and cultures, and we suggested possible ways to reach that goal. We spoke of the possible need to re-found the United Nations so that there really would be a world governance without hegemonies, which would ensure joint cooperation. Such proposals, in the cold print of a book, are just a utopia; but if they start to be in people’s imagination, there is a glimmer of hope; and if some of those people have the power or the capacity to start acting in that direction, hope can be transformed into concrete projects. It is in this sense that, in a chaotic and violent world, in which those in power only seek to continue concentrating wealth, generating poverty, violence, injustice and destruction of the planet, the proposals for an international Community of Shared Future put forward by the government of the People’s Republic of China can become a beacon of reference for other countries.

Surely there will be those who are suspicious of good intentions, or of the feasibility of their realisation; and of course, it is always by walking the roads that the direction of the travellers becomes clearer; but for now it is better to pay attention to good intentions than to continue trusting that those who govern in the name of the military industrial complex, of racial supremacy, or of international financial power, will lead us to a world of peace, equity and tolerance.

And in order to give opinions, there are those who have asked me whether the proposals developed in the book “Mixed Economy”, in which a Coordinating State complements private initiative, have anything in common with the organisation of the Chinese Economy; surely there are points in common, and perhaps other aspects that are not, but that will surely be the subject of a future article.