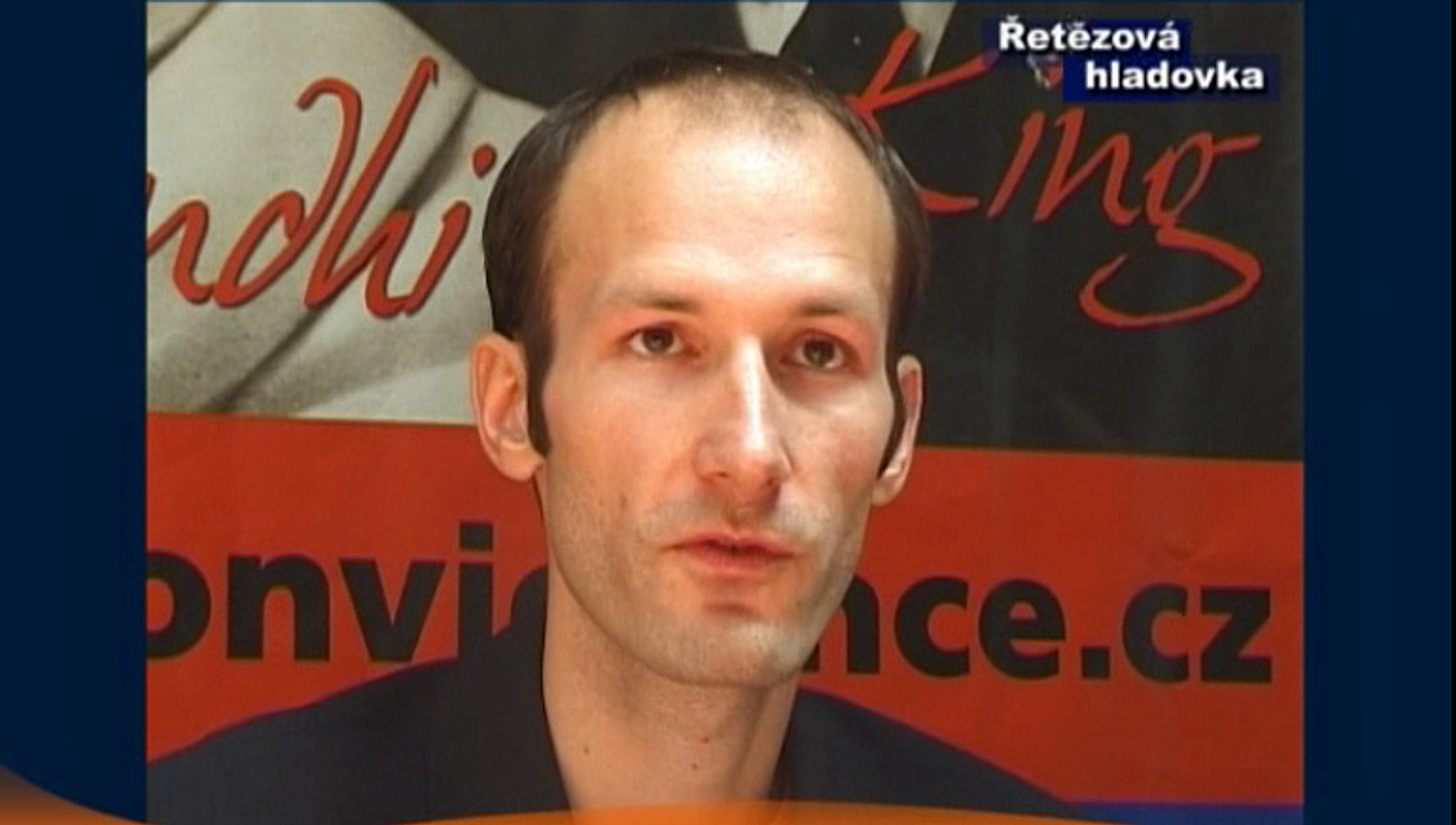 The protest in the Czech Republic against the installation of US military bases within the NMD project, better known as the ‘space shield’, had led young activists of the non-violent movement to show their rejection through a hunger strike in May 2008.

Young humanists Jan Tamas and Jan Bednar had called off the strike after 21 uninterrupted days of fasting. Since then, a well-known person has been fasting for one day. Scientists, academics, actors, film directors, sportsmen and parliamentarians from different political camps have joined this protest. Among them were actress Anna Geislerova, film director Zdenek Troska, scientist Peter Pokorny and Lubomír Zaorálek, deputy president of the Czech Parliament.

“To date, more than 300 people have joined this protest, the largest since the Velvet Revolution of 1989″ says Jan Tamas, “for us the fall of the government represents a victory for democracy, which is why we have decided to suspend the relay hunger strike today”.

A new protest of the non-violent movement in the Czech Republic is planned for Sunday, 5 April, the day of the US president’s visit to Prague. Jan Tamas, leader of the protest against the shield and president of the Czech Humanist Party, is the spokesperson for the demands of more than 70 per cent of the Czech population, who are against the presence of military bases and the interference of foreign powers on national territory.

In addition to the definitive renunciation of the dangerous Space Shield project, the non-violent movement calls on Obama to resolutely and courageously choose the policy of nuclear disarmament and finally start a real process of peace and reconstruction.

Previous Post
The Czech government – a government that represented the interests of the US military industry – has fallen.
Next Post
Seoul: congratulations to the Movement in the Czech Republic