Prague, protest against the passage of US troops through the Czech Republic 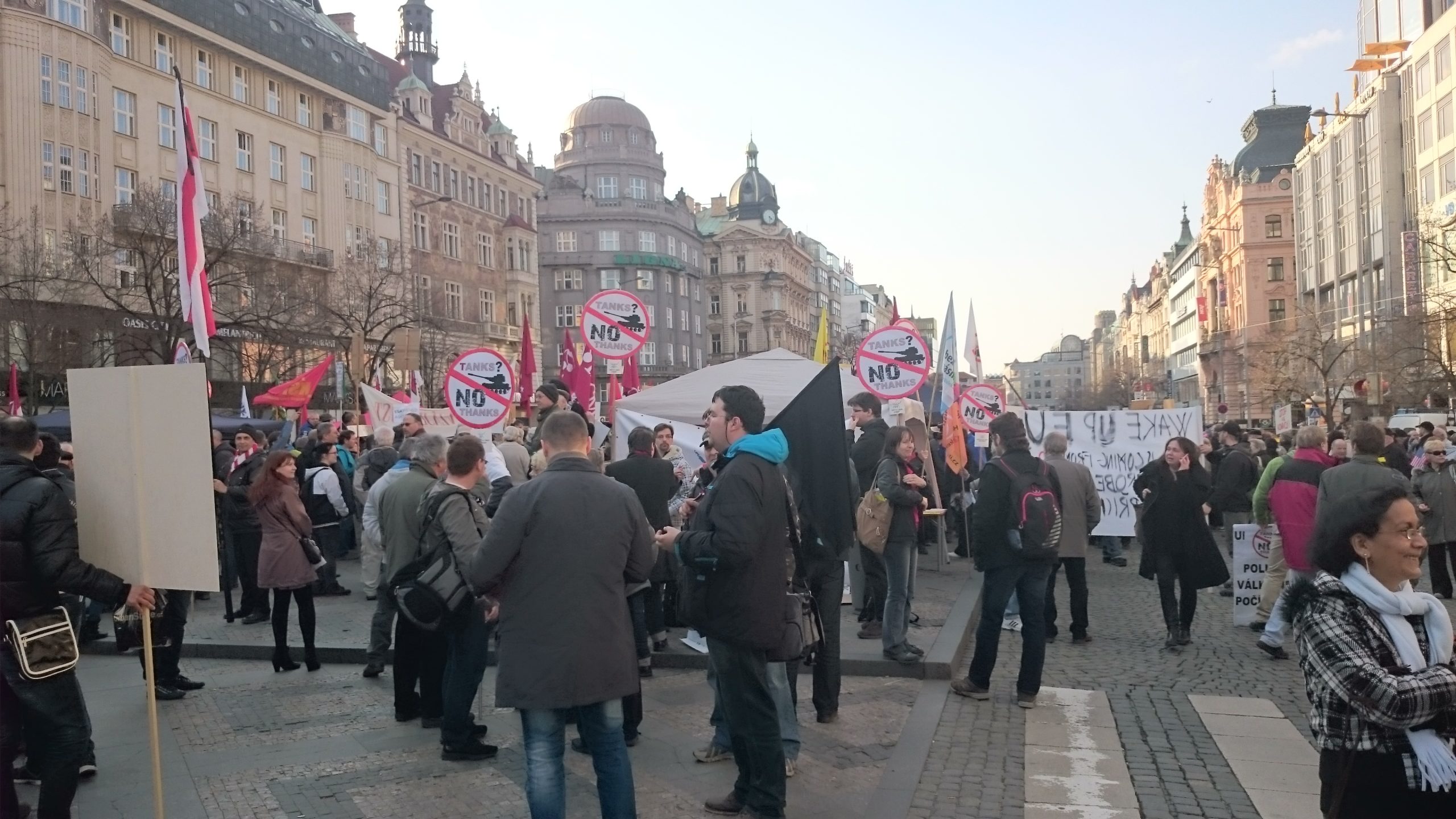 Together with other organisations, we took part in a demonstration in Wenceslas Square in Prague on 28 March against the so-called Dragoon ride of the US army into the territory of the Czech Republic. All the speeches criticised the way in which the government allowed the troops to pass through without parliamentary approval and knowing that 70% of the population is against the presence of foreign armies. ‘This is a show of strength and arrogance’ and also, more worryingly, a step towards a war that could involve the whole of Europe.

The demonstrators did not allow themselves to be provoked by dozens of individuals, reportedly paid by non-governmental organisations close to the US embassy, who attacked and threatened the speakers with American flags.

According to almost all the organisations present, the only road to peace is to leave NATO, a tool in the hands of the US to legalise an aggressive policy. Dana Feminova, of World without Wars and Violence, said: ‘While I do not share Putin’s views in many areas, I must agree with the analysis of our former President V. Klaus, that Russia has no responsibility in the Ukrainian crisis.”