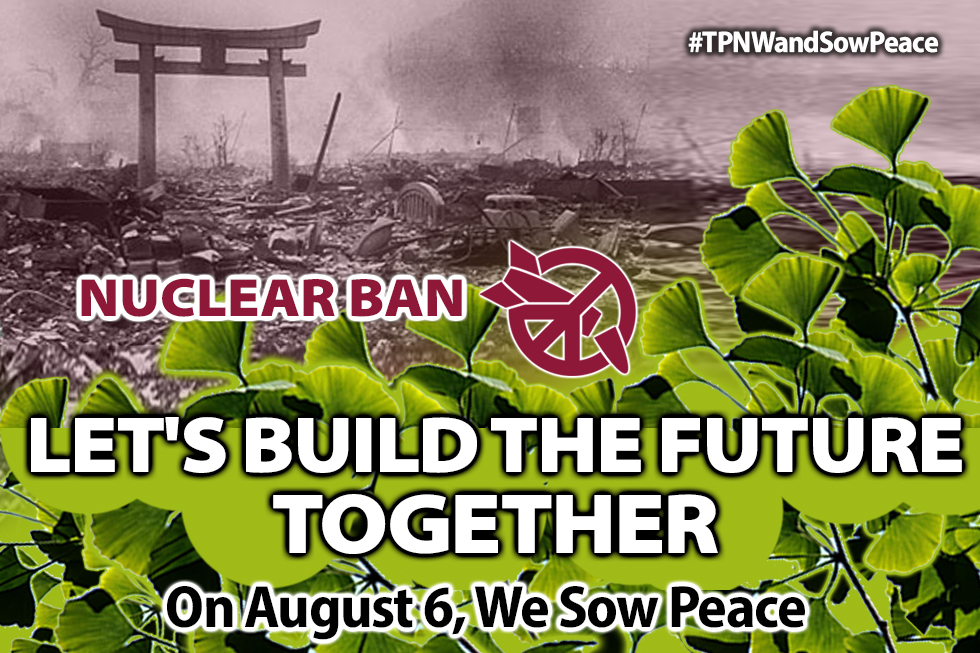 On August 6, 1945, the nuclear bomb that destroyed the Japanese city of Hiroshima was dropped, on August 9 the disaster was repeated on Nagasaki. These dates will remain forever in human history as dark days, absolute evil that we never want to see repeated in the future.
However, the insanity of wars, particularly the conflict in Ukraine, has dramatically heightened the risk of nuclear weapons being used again. Since the beginning of the conflict, spokespeople on both sides have publicly affirmed that the use of the most modern and sophisticated nuclear weapons cannot be ruled out. Although they may seem like only threats, the Russian Ministry of Defense has announced that the new “Center for Geophysical Monitoring” – which has the task of identifying the sources of geophysical disturbances caused by man and, in particular, by nuclear explosions – from 1st July, it works 24 hours a day.
The Non-Proliferation Treaty (NPT) since 1970 has been ratified by 190 states out of 208. However, the hypocrisy of the 5 “nuclear” states (USA, UK, former USSR, France, China) to claim nuclear weapons are vital to the safety of their holders, but unacceptable to the rest of the world, it has in fact encouraged their proliferation. Nuclear technology has continued to evolve considerably over the years, generating a variety of bombs that allow both large-scale and targeted attacks to be carried out, with a greater range and a destructive force up to 30 times greater than those of Hiroshima and Nagasaki. Using only a small fraction of this arsenal would have immediate and long-term devastating consequences, with millions of deaths and an environmental disaster for decades.
Ungovernable impacts, a catastrophe.
Today there are 9 states with nuclear weapons (USA, Russia, France, United Kingdom, China, Israel, Pakistan, India, North Korea) and 5 NATO states involved in nuclear sharing (Belgium, Germany, Italy, Netherlands, Turkey) who, by hosting nuclear arsenals on their territory, violate International Law and the NPT. In total, there are about 14,000 nuclear warheads, of which about 4000 are deployed and about 2000 ready to be launched.
Until governments decide to dismantle nuclear arsenals, humanity, our survival, will be threatened. The only coherent solution is to prioritize nuclear disarmament.
In 2007, on the initiative of civil society, the International Campaign for the Abolition of Nuclear Weapons (ICAN) was born, which led to one of the greatest achievements and successes of world pacifism: the Treaty on the Prohibition of Nuclear Weapons (TPNW). Adopted by 122 countries at the United Nations in 2017, it entered into force on 22 January 2021 and has so far been ratified by 66 states and signed by a further 23.
The treaty prohibits nations from developing, testing, producing, manufacturing, transferring, possessing, storing, using or threatening the use of nuclear weapons, or allowing nuclear weapons to be placed on their territory. It also prohibits states from assisting, encouraging or inducing anyone to participate in any of these activities.
In the states that have signed the TPNW, banks, companies, universities and individuals will not be able to contribute to the development of nuclear weapons, even in countries that do not adhere to the treaty, rather they will be able to seek compensation for damages deriving from the testing and development of weapons. nuclear. Finally, the TPNW could encourage the debate in favor of the redistribution towards health, energy conversion and public enterprise of the astronomical resources destined for nuclear deterrence.
The TPNW is permanent and legally binding on the countries that join it. In addition, the treaty also provides for the possibility of being adopted at local level (Municipalities and / or Regions) generating pressure that could reach ratification of the treaty at national level.

The TPNW is a keystone of international law, a hope in the face of nuclear catastrophe. A civil society initiative awarded the Nobel Peace Prize in 2017, supported by the overwhelming majority of countries, except those with nuclear weapons and their allies. The latter reacted with deafening silence and continue to ignore the TPNW.
The Convergenza network invites you on this day of commemoration to give a signal, to make a gesture that shows your support for the TPNW for nuclear weapons to be banned from our future. We strongly believe that each of us is the bearer of a seed of that Peace to which we all aspire and that the only possibility to build it together is in our hands.
In many and more and more we realize that we need to change route, that there is something fundamentally wrong with the world we live in, first of all the belief that we cannot do anything to change it. But we must not underestimate ourselves and we must not forget that we live in a digital age that connects us all exponentially. The path leading to global peace is not short and will certainly be bumpy, but it is the only path to build a future.

On August 6th, plant a seed, or light a candle, or write a message, make a gesture that is in favor of a future free of nuclear weapons and that remembers you every day of taking care to make Peace grow in you and outside of you.
Then, take a photo or a small video and share it on social networks with the hashtag #TPNWandSowPeace or send the photo to redazioneitalia@pressenza.com.